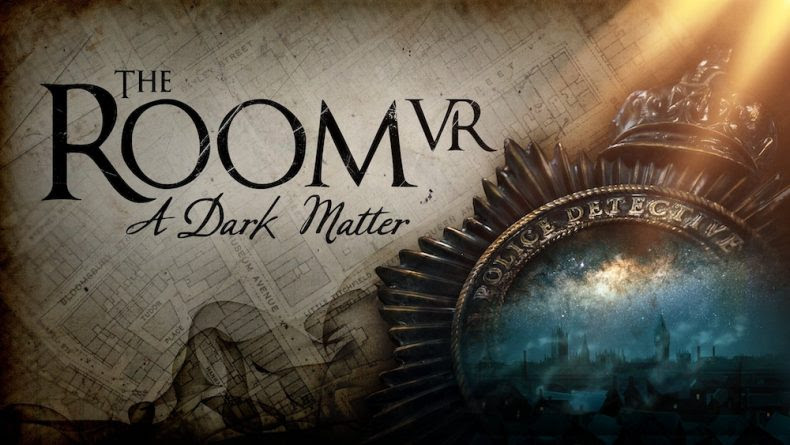 I was browsing Steam's store page and was shown The Room VR: A Dark Matter because I played Half-Life: Alyx. I wasn't really sure what these two games had in common but nonetheless the game caught my attention. The graphics looked good and it was a puzzle game. I liked the idea but wasn't really sure if paying 30 EUR was something I wanted to do. In the end I bought the game and I'm really glad I did.

I was immediately hooked. I loved the visuals, sounds and puzzles. I enjoyed the mystery and the story even it seems there were pieces missing that I was already supposed to know them (it makes sense since this game is a part of a series and this is the fourth or fifth game bearing the name 'The Room'). I was trying to put my awe from the game into words but so far I just failed at it and I decided that it might be better to show the actual game. Unfortunately that also has a downside, if you watch it you may not enjoy playing it that much later on (I replayed the game twice and I still enjoyed it that much though!). So, if you have a VR headset I recommend buying it and if you don't and are interested in seeing how it looks like, you can watch the video under this review.

The Room is a series of puzzle games that were originally developed for Apple's iPad but later ported to iPhones and Android devices. The element making the games more interesting and intriguing is the 'Null' which as I understand it is an element from which things can be created. In order to see the Null the player needs to equip a special lens. Thanks to it you can see the otherworldly creations and solve puzzles from the Null and from our reality. 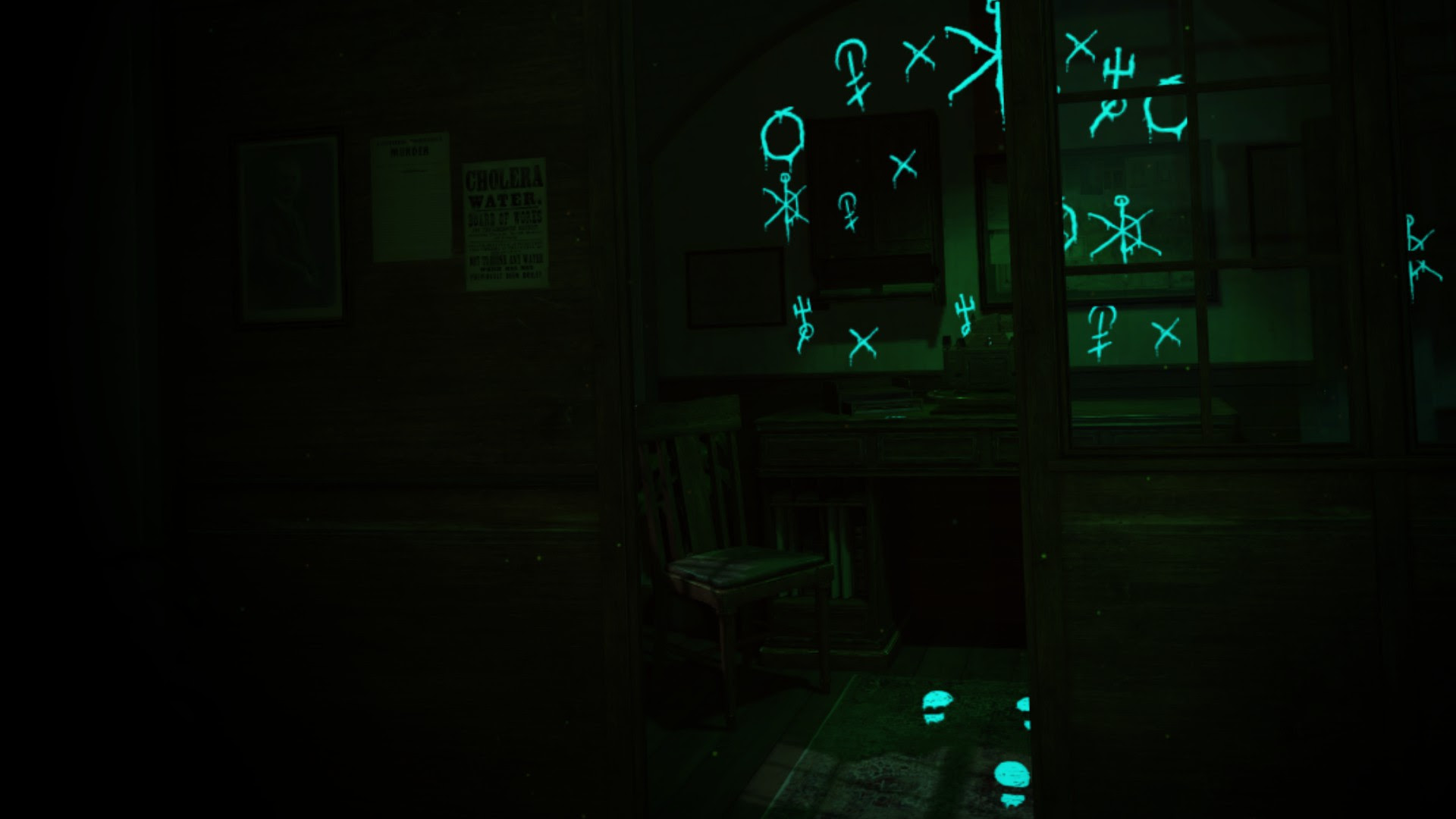 The Room VR is set in 1908, Britain. You are a police detective investigating strange disappearances. You are led through the game by notes left by the Craftsman (who as I understand it is the originator of all the Null things you will encounter and who slowly became insane). In order to advance you need to solve different kind of puzzles and figure out what happened to the disappeared people.

Since I appeared on the balcony of the police station I was totally immersed in the game. The atmosphere was great throughout the whole game - mysterious and sometimes spooky. I could even feel the scorching sun and sand beneath my feet (not really, but my imagination set me in a real Egyptian desert). The puzzles were fun, usually different and relatively clever. I have to say that I enjoyed them even though some could be lengthy even though not hard. This is exactly what I expected from a puzzle game. It required attention to your environment, little bit of logic and some manual dexterity (since VR is not perfect). 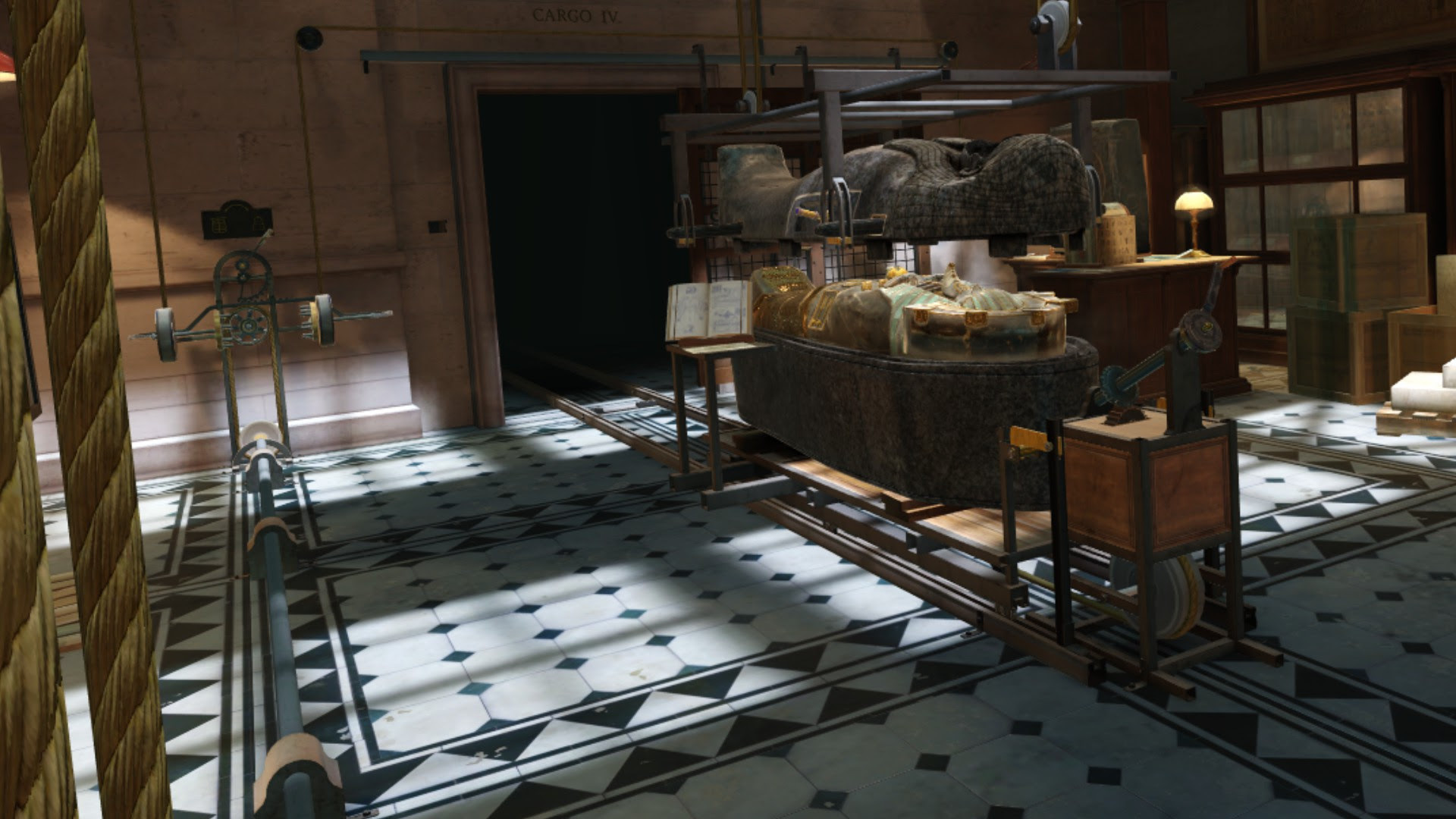 The environment was very well researched and well done. I felt like standing in the British museum when I was at the British Institute of Archaeology. The otherworldly places felt great, I felt like I was in a different dimension and I actually wanted to come back to the 'real world'. What I also found cool is that at some points you can enter objects and you need to solve the puzzle both inside and outside of it. I call it 'Detective in the Wonderland' mechanic. Sometimes through the lens you can see these red crystals which means you can enter the object and in this case play with the light projected through colored glass.

At the time I didn't appreciate all the sounds and physics because I took them for granted but after playing several other VR games I have to say that these are way above average. They kept me immersed and I never felt distracted by them (with few exception of sounds that are used by other games as well). I even played the organ or rather tried with two fingers.

The game is awesome for sure but there were several things that bugged me. I wasn't fan of the game somehow centering around me whenever I teleported. The game uses teleportation system which allows you just to go to places relevant to the game. This limited movement is actually a good thing since you don't need to run around in frustration trying to figure out with which objects you can actually interact and with which you can't. The centering around myself rather than the center of the play area also made me scratch my head few times because I had to reach for an object which was out of reach suddenly (see in the middle of a real life wall). Walking blindly around and trying to stand somewhere so it centers in a way I could reach it wasn't easy.

Next thing I'd probably do is assign a button for the use of the lens. It is great that you can change it from the inventory by using your hand but when you are doing a puzzle in both real world and null and you need to switch often this gets a bit annoying.

I also had problems with reading all the notes and other text. That may be due to my eye defect which is quite rare or Oculus Rift not being the best for reading text. Watching my stream after I finished actually showed a crispy sharp grahics though.

The next thing is something I'm not sure if it is a bad thing or not. The game is quite short. I finished it in 3 hours which included all the head scratching since I got stuck. (Often it was because I couldn't interact with an object that was obviously meant for interaction). When the game was over I was hungry for more. When I put the headset down though I realized how terribly exhausted I am. In the end I was glad the game could be finished quickly. It is still longer than other escape room games. 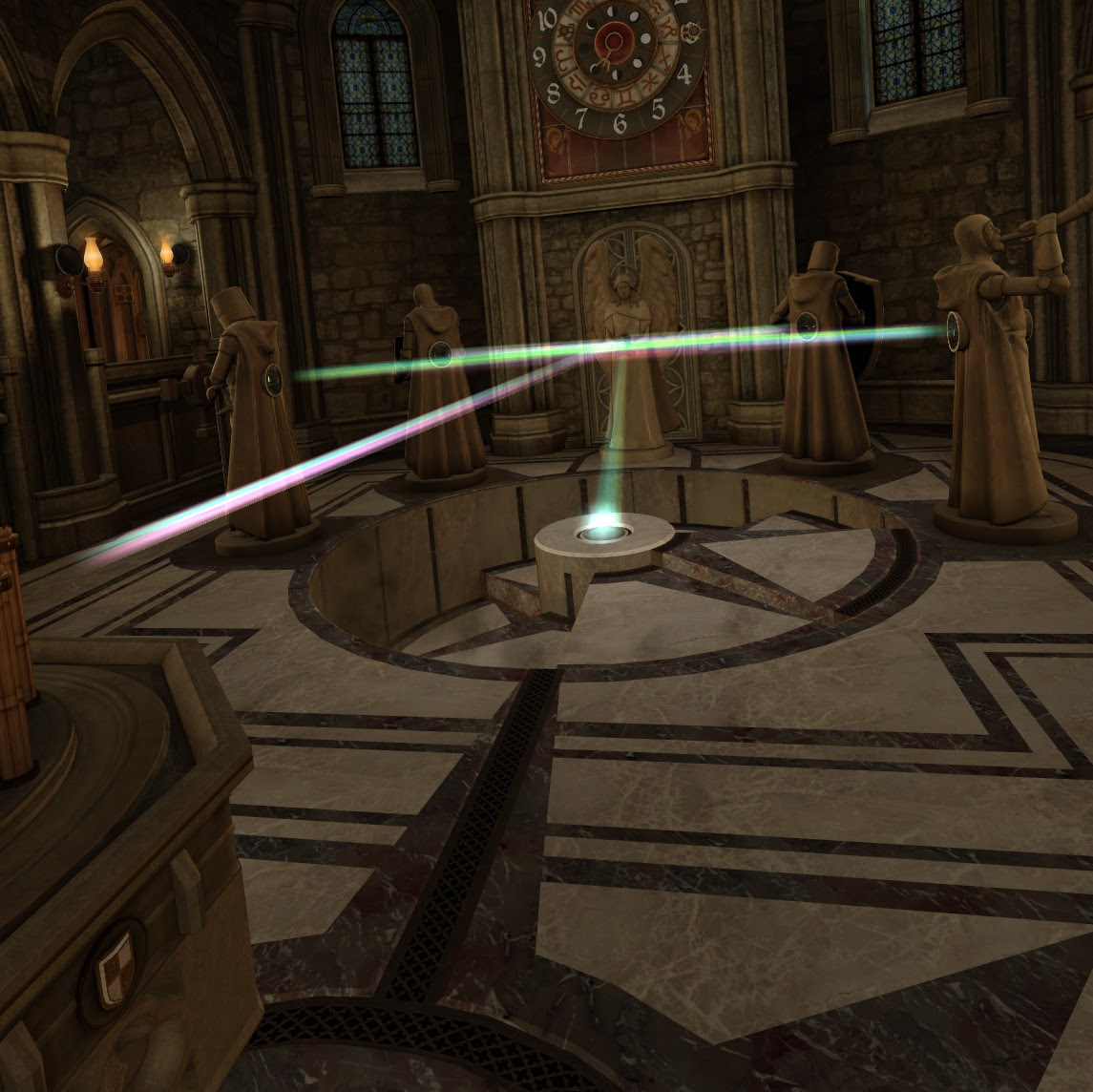 The last thing is that I really longed for walking around and taking a better look at things. Unfortunately I was stopped by 'Attention! Please return to the play area' message. I was sad I couldn't watch animations happen from other place than the one I teleported to. I wish that if there will be next The Room VR game that we will be able to freely walk at least around our real life play area while still being able to teleport to important places.

As for the price tag. I found it expensive at first but after I finished the game I felt like they deserved all of the money. There may be a big difference between the Room non-VR games prices and this one but still I'd pay 30 again for a game like this. True, compared to a high price of Half-Life: Alyx and its 13 hours of game play it is indeed expensive. I don't regret paying this much for the game and I'd even tell you to just buy it for the full price (on sale it's a snap buy). For me it was totally worth it.

If you like good puzzles and you also enjoy a very well done environment I can highly recommend this game.

Email ThisBlogThis!Share to TwitterShare to FacebookShare to Pinterest
Labels: VR

STsung
Someone who tries to find out how to live a life and currently failing at even doing the basic things. Otherwise I like games of all kinds but I mostly stick to Magic: The Gathering and rhythm games.