Since I played The Room VR and read that many people liked the original mobile games I decided to give them a try. I thought I might actually like them since I liked the VR version. The truth is, I got very upset starting the beginning of chapter 2 and that feeling lasted till the end of the game.

The Room is supposedly a puzzle game but it is more of a click and drag adventure game minus the story of an adventure game. You are in a room with a strange object in front of you and you have to do something with it in order to get another clue which will lead you to (surprise) another object. Often you have to find something you can either press or move and well the easiest way to do this is to simply click around. Then you solve a spatial puzzle usually meaning matching some symbols or finding the right angle to form a symbol out of scattered lines in the air. As reward for solving it you will obtain an object. You need to find where it fits and the whole thing repeats. What I want to say is that you don't need to spend a second trying to actually think how to solve anything. Logic is something you don't need in this game. 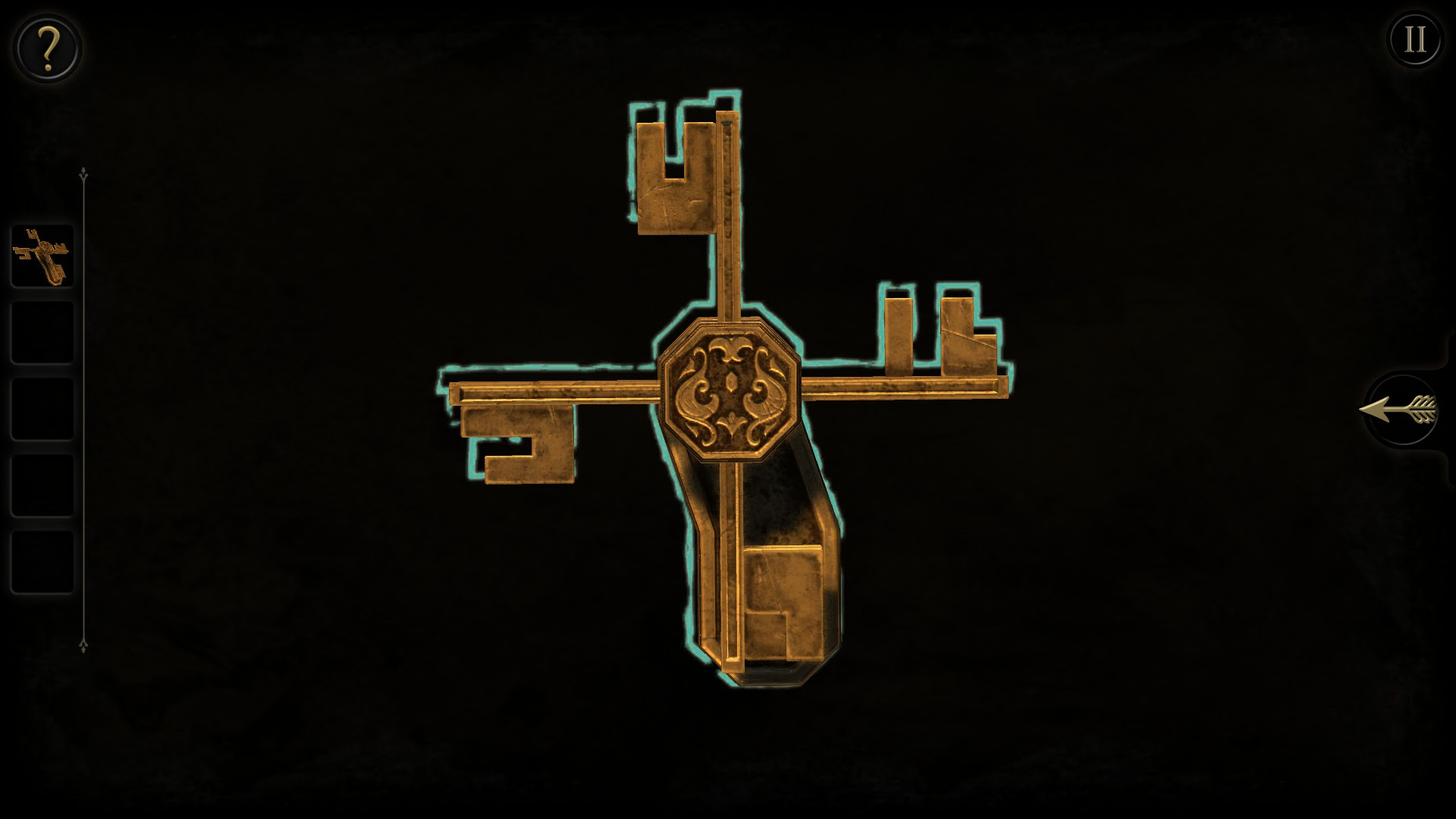 Many people in their The Room VR reviews were noting that the mobile games were more intricate. I can't say I agree with that but there is one thing the Room VR doesn't have. In the mobile games you have to work with objects in your inventory be it keys or items you can open somehow. You have to observe which objects you can interact with. If you find where the key is supposed to fit you will be shown how the key is supposed to look so there no need to scratch your head trying to figure it out on your own. You also need to alternate between objects more often than in the VR game.

Controls for this game are not ideal. That's not all unfortunately, the input is also very slow. You need to zoom in on the puzzle device you want to solve and then zoom in on what you want to interact with. Since you will need to alternate between two areas it means zooming out and zooming in quite often and it takes forever. The transition between everything just takes a long time. I'm willing to accept looking at nice slow animations of something happening but not at the zoom in/out transitions. Since many of the puzzles are about finding the right view of something it adds to the frustration you might have. I knew exactly what kind of symbol I'd see and under what angle I should see it but managing to get that view on my screen was very frustrating (don't get me started on some orbs that you needed to put in a correct position). Unscrewing a screw or rotating a key was tedious. Since the input itself feels really slow I often did something and thought that it didn't register so I restarted. This led to many items going back to my inventory or a text popping up because I clicked on something and it gave me a really 'clever' hint. The music is nice but repetitive. The sound of a text popping up is tearing my ears and I often don't even manage to read the text because I already clicked on something else. So I either accidentally click again to hear/see the pop up or it disappears. The constant hints that are trying to get your attention were very distracting and I'm not sure if you can turn them off. I sometimes clicked on them just to get rid of them and I have to say that they are just stating something obvious (on the other hand it's probably difficult to give a hint about something like this).

The atmosphere and graphics are nice. While I can enjoy nice atmospheric games I still play games primarily for their content and game play. This game failed in every aspect but this one.

The game was also crashing for me and tried to run at some strange resolution. 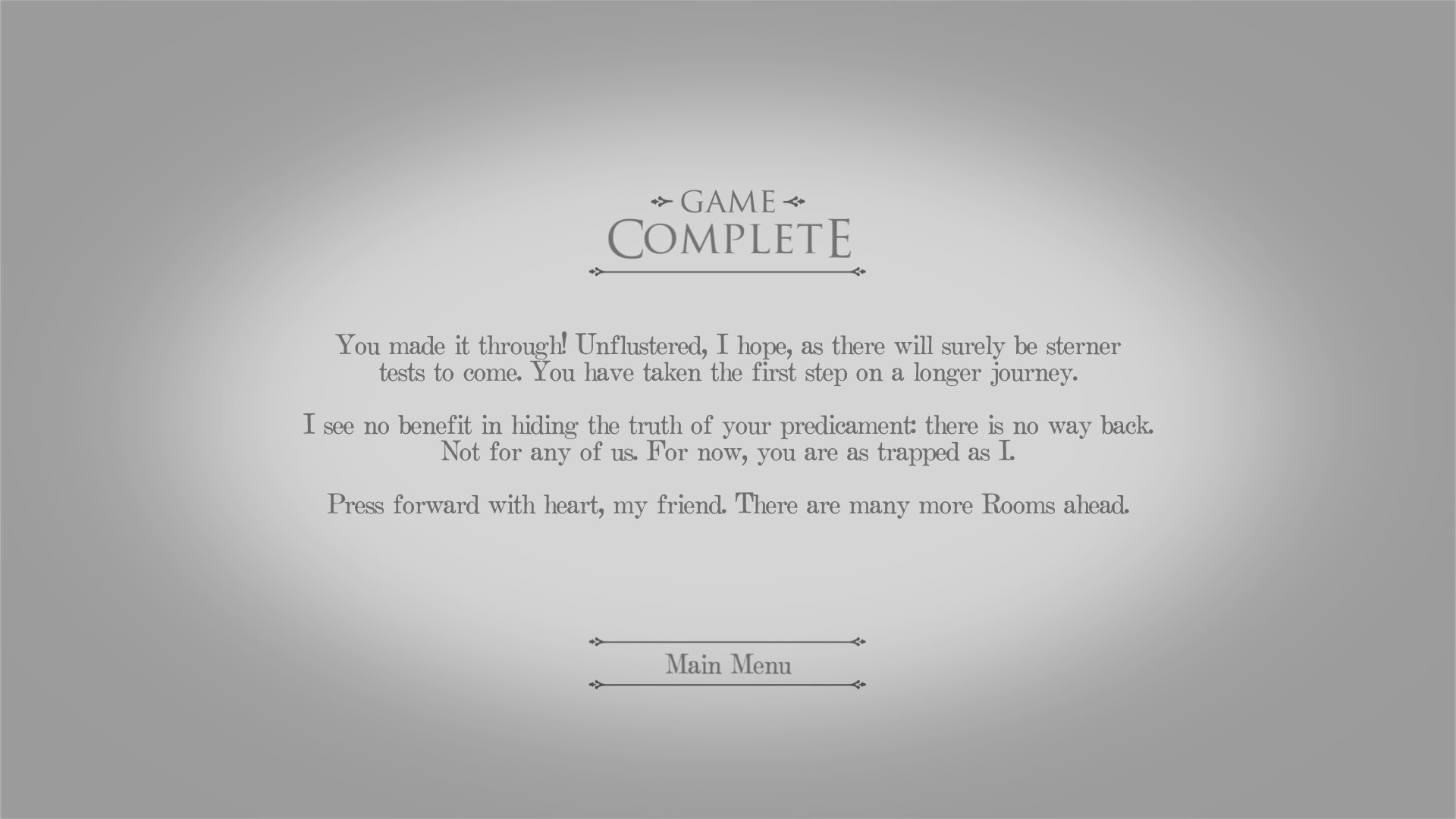 Verdict:
The Room is not a puzzle game, it is a test of patience. The game is about clicking around and finding what's clickable which gets repetitive very soon. There is no need to actually think. The game is easy and very short (thankfully), has no conclusion and in general has nothing to offer but nice visuals. The Room is probably good if you want to kill some time and turn your brain off while clicking around and enjoying the view. Otherwise I do not recommend this game to anyone.

STsung
Someone who tries to find out how to live a life and currently failing at even doing the basic things. Otherwise I like games of all kinds but I mostly stick to Magic: The Gathering and rhythm games.